I wonder if undertaking a practice based PhD, for some older artists at least, can create unforeseen challenges once the long and immersive path has reached its destination. Despite having a creative practice spanning more than 40 years, now that I have completed my own PhD, I seem unable to re-engage with my studio practice. Had I seen this coming, could I have prepared myself for the cliff edge scenario currently facing me? I have my doubts.

During the past 7 years as a PhD student, I’ve broadened my horizons, increased my skillset and encountered new ways of understanding the world we live in and for this, I am very grateful. But now I want to re-connect with the artist I once was, but I can’t locate that person. This troubles me deeply. 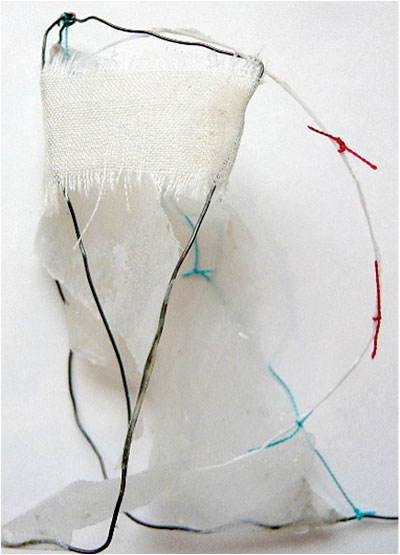 When embarking on a PhD as an older artist, early on I sensed that my creative methods might not actually serve me well within what felt like a foreign environment; the cloistered world of Academia. I didn’t speak their language, yet over time I came to understand its function. And so I buried my intuitive, creative ways of working in favour of ones which appeared to be more compatible and compliant. In order to survive and achieve my goal, I conformed to a set of predetermined requirements but if I’m being honest, I thoroughly enjoyed this stimulating way of critically engaging with thinking. Eventually and with some difficulty, I learned how to be a researcher but this new character in my evolving life narrative, now seems unwilling to take a step back and allow the artist to re-enter the scene and play an equal role. A pen and paper or even a Word© document, feel more familiar to me now than a sketchbook or a paintbrush, but I yearn to make using my hands again, to think my way forwards through sensory knowing rather than the more cerebral part of my brain, the one now well exercised in theory and the concept of analytical frameworks. But unfortunately, for the time being, this has become my (conscious) default way of working. This internal struggle between the researcher and the artist has become a deliberate kind of debate and yet, I see that it continually slices through any ‘creative flow’ (Csikszentmihalyi, 1997). It is those elusive threads caught between these incisions that I am now trying to reach, albeit unsuccessfully.

Perhaps all this angst is really about how we see and position ourselves in the world, our outward/inward facing identities, for now, I don’t know who I am or what I’ve become; I lack the comfort and security of a label. I’ve asked friends and colleagues about this and their kind responses vary from; ‘just make every day and it will all come back to you’, or ‘don’t worry so much, you’ve such a long practice, so you’ll be fine’, to the uncannily accurate observation of ‘it’s like a very deep dive way down into the darkest depths of the ocean; your decompression process will take quite a while’. This final comment is reassuring, however I also think that my existential fear is embedded in my understanding of my age. From 1970-76, I attended two Scottish art colleges, immersing myself in the then skills-based subject area of printed textiles and printmaking. I encountered very little in the way of theory or formal critical/conceptual thinking (that emerging degree system was only just beginning to appear in our Scottish art colleges in the mid-1970s). Later, my life as an artist taught me how to think through making, using tacit knowledge (Polanyi, 2009) gained through experience, not through books. I relied on this skill extensively when creating the PhD textile installation artwork; ‘Departing Selves’. I found the process both fascinating and unsettling as it revealed the extent to which the combination of making and analysing has slowly but relentlessly worked its way into my creative thinking. I also realised that this is not necessarily a symbiotic process. In addition, I was grappling with the negative self-preconceptions of ageing I had uncovered in myself while doing the research. And so despite completing the PhD, I seem to have arrived at a rather dark place.

You may well ask, what have I done to redress this challenging situation of loss of identity, one which now forms a barrier between my former self and this new hybrid; artist/researcher? In despair I sought out the help and guidance of another artist, one well versed in the ways of academic life. Through several intensive ‘one – to – one’ studio sessions and with much discussion along the way, she helped me to see that what I was making in her studio using intuitive, creative play, was also an unconscious metaphor for how I see my life at this point in time, namely; a tangled rhizome (Deleuze & Guattari, 1987). I was creating embodiments of states of being. 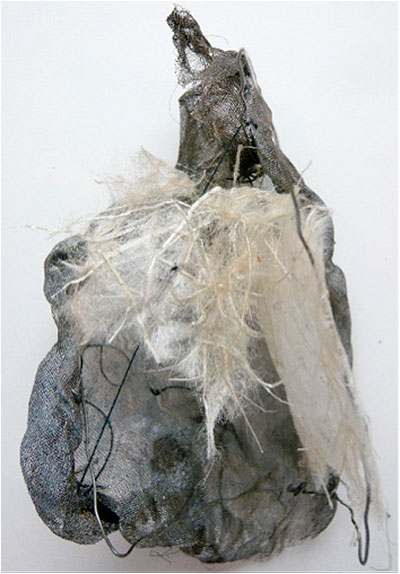 Reflecting on the three small forms I had created in her studio, as shown here[1], I could see connecting threads between my unconscious thoughts and emotions and what my hands were trying to make. It was intuitive synergy and for me, clearly evidenced the way I was working my way through the complexity of the tension between head and heart. There is no doubt that her insight has been invaluable but what intrigued me more, was when I suddenly realised that I had already written at length about this interconnected process of head and heart in my thesis. In consciously trying to separate out my perceived roles of the researcher from the artist, had I suppressed all I had learned during the PhD journey? Yet all the while what my head and heart wanted to do was to work together towards a deeper and more informed self-understanding; a self-knowing. The ignorance of arrogance.

I understand now that thanks to the PhD training, my practice as an artist has quietly shifted its position during these past few years and now includes writing, reflection and analysis as well as thinking through making, but accepting this is far more challenging than I would have imagined possible. However I intend to try and work harmoniously with all of my evolving selves. Shaun McNiff (1998) writes of having an integrated practice, one involving dance, creative writing, painting, sculpture and much more. Through reflecting on my recent creative play, I think that I may well be on the way to understanding what he means. However returning to my opening question about older artists undertaking practice-based PhDs; I think this arduous path should be approached with caution and perhaps the motives behind the decision to proceed should be interrogated by the researcher. I also wonder, do these same challenges of identity arise for say, a mathematician, or a musician, post PhD?

I would be very interested to hear from post PhD artists and those in other disciplines who are also struggling towards a way of understanding their emergent selves, so please get in touch, you will receive a response from me. As a way of initiating dialogue in this area, I started a ‘conversation’ online at The Artists Information Company; https://www.a-n.co.uk/conversations/an-evolving-identity-crisis-after-a-phd/. Some interesting responses; it seems I’m not alone. 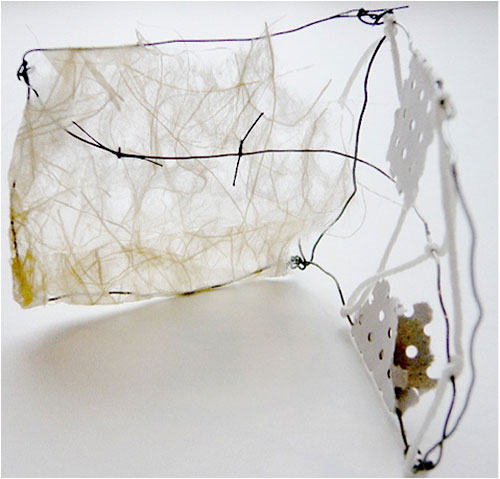