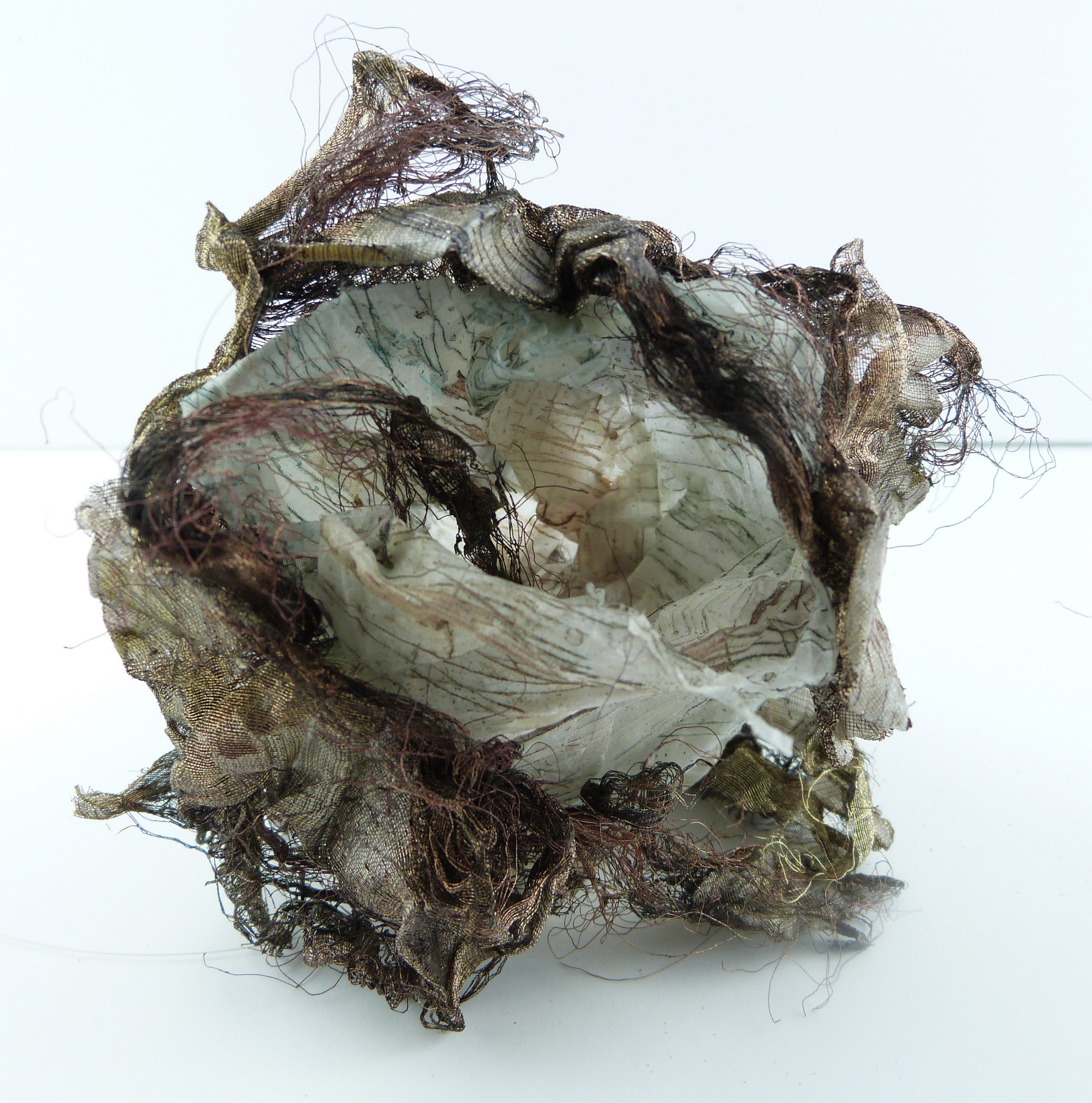 It may be for reasons not yet clear to me but my need to just keep plodding on with this particular process, with no end point in sight or even wanted, seems to serve a purpose far beyond whatever object or form I create. I’m 69 now and in a few months will be 70. To me, as a child from the 50s that sounds fairly old and with that thought, come others even less encouraging, like health, autonomy and where I might actually end up living – none of these is certain at all. I accept that. And so, I look at what feels familiar – creatively, going back over the years to a time when I felt a sort of purity of purpose. Then as now, I’d no idea what I intended to create, I grope(d) around in the dark, following intuition. I had dead ends back then, as now, but I kept/keep going. 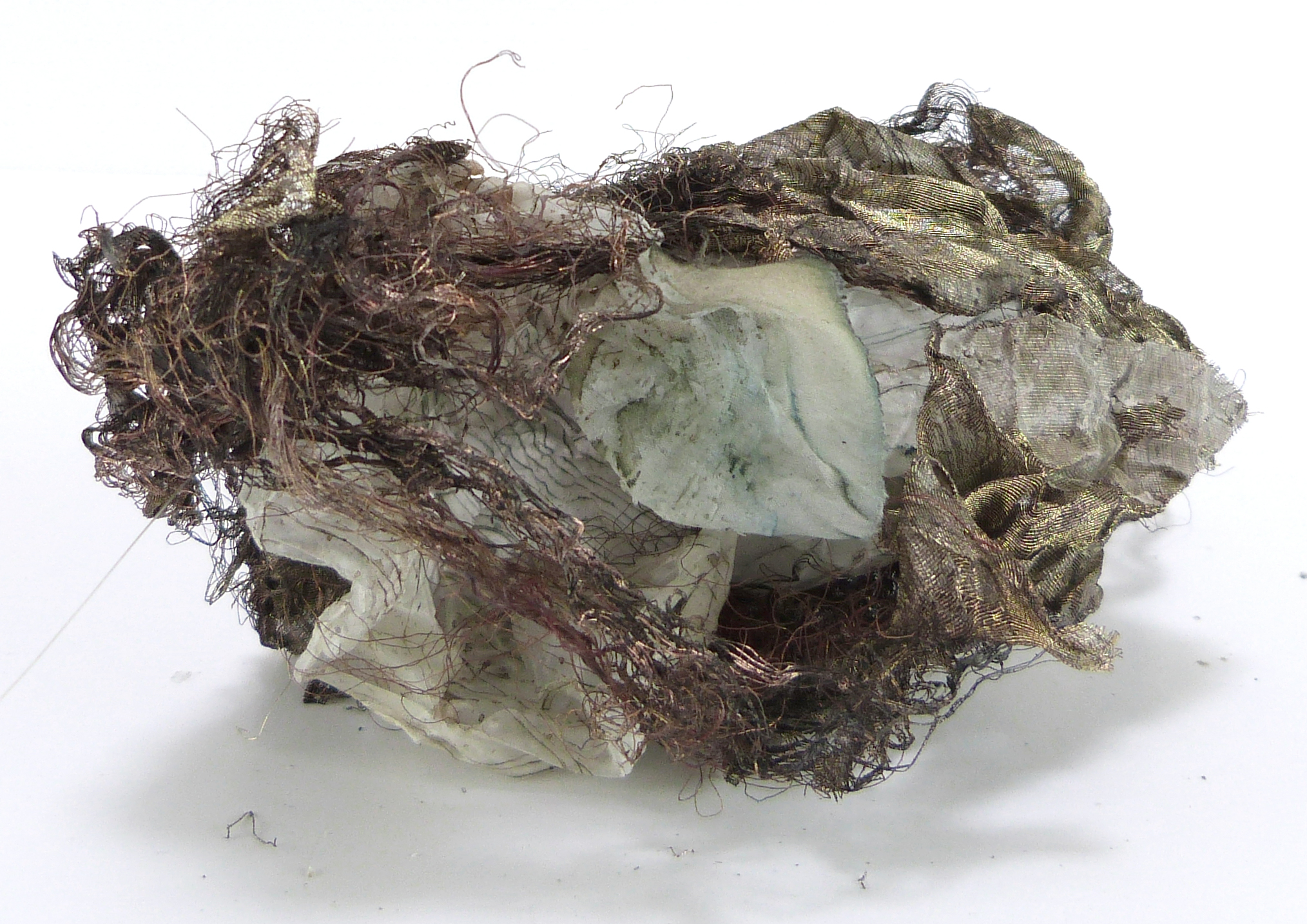 Which brings me to what I’m actually doing at this very moment in the studio – using a process first started in the early 2000s. But developing it and my understanding of it, is leading me to re-use work from way back then – small forms made from silk habotai or silk georgette, waxed, etched, dyed, clamped etc. as I’m doing now – but combining them – from that pre-PhD time to now – this post PhD time. I feel it’s connecting, literally, with who I was then with who I have grown into. It’s not contrived, it feels intuitive – like an ‘aha’ moment, when I see now why I kept certain forms which were almost, but not quite finished. I’m using them now, in my plodding, my search for whatever it is I’m looking for. But I don’t really think I’m looking for anything at all. The search is enough, as it was back then in the early 2000s. One of the ‘combinations’ of then and now has been accepted for the Scottish Society of Artists Sculpture Now online exhibition, as shown above. Who’d have thought.