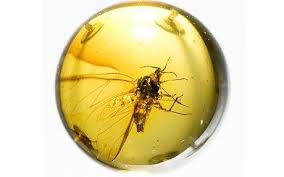 Cixous, when commenting on her process of writing; that quiet space for reflection, expresses it beautifully; “as if I were writing on the inside of myself” (Cixous, 1997, p. 105). This resonates with how writing feels for me, now, the artist trying to illuminate my internal world by snatching at memories as they flicker then fade, that same sense of reaching out, similar to Virginia Woolf’s portrayal as she finally “bored down into my oil well” (Woolf, 1987, p.89).

In an attempt to understand what shaped her art and life, American artist Anne Truitt kept a diary for over seven years, where she recorded aspects of her life which held particular significance for her creative process.
“I know I have to guard against allowing myself to be defined, either by myself or by others, in traditional sociological terms” (Truitt, 2013, p.109).
She remarked, on being an artist that,
“It is of necessity a solitary and lonely endeavour to explore one’s own sensibility, to discover how it works and to implement honestly its manifestations” (Ibid. p.63). This could equally be describing the journey of a PhD researcher.
When she was contemplating her writing at the end of the seven years of diary writing, she remembered how as a child, her job had been to carefully separate the milk. Never understanding how the process worked, but accepting that it did, she wrote;
“…nor do I understand why the simple act of writing has so apparently effortlessly revealed to me the secret logic of my life” (Ibid. p.234).
I have not found my writing to be quite so easy, despite the words flowing onto page after page of my journals. They have revealed aspects which are uncomfortable, challenging and suggest that I was at risk of becoming trapped in my own narrative unless I took serious steps to rethink my life and who I want to be. Atwood uses an apt metaphor, suggesting that,
“…we are all stuck in time like flies in amber – nothing so hard and clear – but like mice in molasses” (Atwood, 2002, in Francis, 2009, p.226). I need to try to break out of my own amber, despite the warmth of familiarity and the hard shell of protection it offers me.